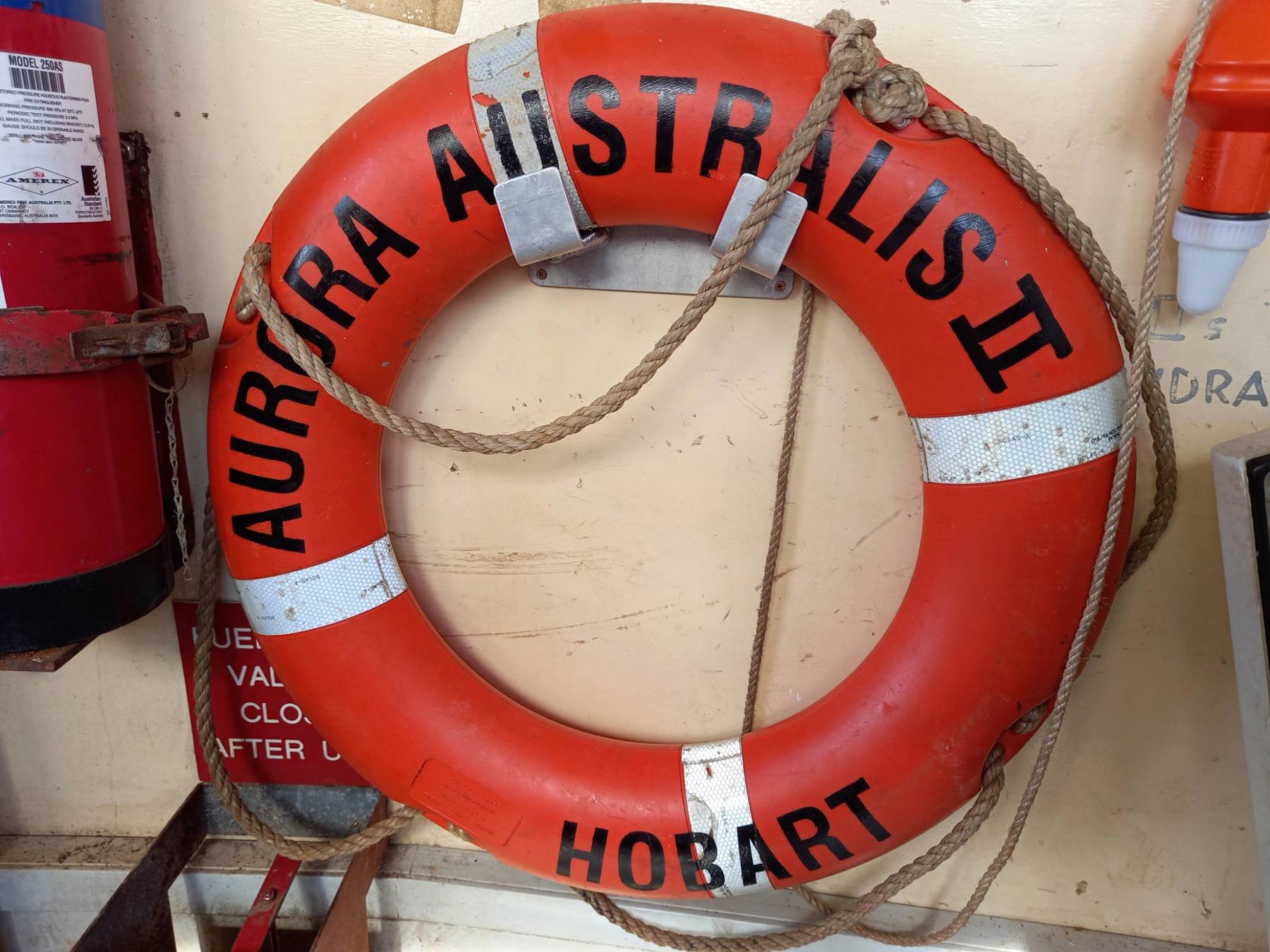 As readers of ‘Aurora’ will know, Australia’s longest-servicing and only home-built icebreaker, the RSV Aurora Australis (AA) retired from service to the Australian Antarctic Program in 2020 after over 150 Antarctic voyages.

What some may not know is that for most of these voyages the AA had on board a ‘mini-me’, the Aurora Australis II. The AAII was the bigger ship’s tender, designed to work in support of the AA during operations or in emergency situations when it could be put in the water to run mooring lines, monitor refuelling lines and conduct ship-to-shore transfers, amongst other things.

While the AA sadly left Hobart last December (and is reportedly in Dubai awaiting a new career), the AAII stayed behind in storage. Several months ago owners P&O approached the Maritime Museum of Tasmania (MMT) to ask if they would be interested in acquiring the AAII.

Professor Michael Stoddart is a former Chief Scientist of the Australian Antarctic Division and a former director of the University of Tasmania’s Institute of Marine and Antarctic Science (IMAS). Mike is now Vice-President of the MMT and also President of the Aurora Australis Foundation. He has made many voyages south on the AA and realised that though the MMT would have difficulty in purchasing and storing the AAII, the AAF would be in a good position to assist.

A bit more background on the Aurora Australis Foundation. The AAF was incorporated as a registered charity in June 2020 with the primary intention of keeping the Aurora Australis in Hobart, ideally as a ship museum and the centrepiece of an Australian Antarctic Museum. For many months we lobbied and campaigned hard to raise government interest and the funding that would be essential to achieve this. Unfortunately, trying to secure either of these things during a global pandemic proved impossible.

Though we were unsuccessful in keeping the AA in Australia, the AAF is still very much focussed on preserving the legacy of its long service and the stories of all who travelled on board over 30 years. We also continue to support the creation of a national Antarctic Museum to promote greater public awareness of Australia’s long and proud history of achievement in Antarctica.

As such, the AAF was pleased to be able to assist the Maritime Museum with this matter, and to cut a long story shorter, on Monday 30 August the Aurora Australis II came into our care. The boat was moved from its previous yard and is now back in long-term storage in the dry, awaiting a new purpose.

Though small in comparison to the AA, the AAII is actually quite a large boat with an overall length of 9.81 metres, a beam of 3.6 metres, and standing 6 metres off the ground. Like the AA, it is painted International Orange and catches the eye. So it is quite reasonable to ask the obvious question: what will we do with it?

Regrettably, the AAII’s days of work are likely over. The boat was not in survey at the time of transfer and, given the expense of bringing it back into survey and keeping it there, it will now be treated as a museum piece rather than putting it back to work.

The MMT and AAF hope to make the AAII the central focus of a display commemorating Australia’s Antarctic ships somewhere in Hobart, ideally near the waterfront. Negotiations with a number of major stakeholders have begun to achieve this. In due course it may become part of an Australian Antarctic Museum, something all agree is a long-overdue and necessary addition to the nation’s cultural and heritage institutions.

Acquiring the Aurora Australis II has gone some way to resolving the disappointment of losing her sister ship. We will be working hard to ensure that the history of both, along with other Australian Antarctic ships, are preserved and communicated with the Australian public.

On behalf of the AAF I wish to express our gratitude to John Connor of P&O Maritime Australia and to Ross Brewer of Offshore and Specialist Ships Australia (OSSA) who brokered the transfer of ownership. We are also hugely indebted to Pieter van der Woude who has generously agreed to store the AAII in his yard at CleanLift Marine, and to Dion Dillon who helped with the move. And of course my personal thanks to my fellow Board members at the AAF, Mike Stoddart and Pip Rice, who approved the acquisition enthusiastically and who are working to develop the AAII’s next role. We will keep you informed!